Terry DeBell has been a family advocate for many years; her brother, Patrick DeBell, had a developmental disability.  Terry, a registered nurse, is President of CASHPCR, an organization of current and former families from Fairview and Porterville Developmental Centers.  She also serves on the Board of Fairview Families and Friends and the Lanterman Parents Coordinating Council.  Terry was presented the 1999 Service Award by the Region II American Association on Intellectual and Developmental Disabilities.  In 2013, she was asked to serve on the Future of the Developmental Centers Task Force, convened by the California Health and Human Services Agency, which made recommendations for the future of DC residents and DC land, focusing on expanding current community services and developing specialized services to allow DC residents to transition into community living options.  These recommendations have been followed in the Developmental Center Plans for Closure, and instituted at the remaining DCs, currently in the process of closure.  This group now operates as the statewide Developmental Services Task Force, which examines the current community services system and recommends options to strengthen and improve.  Terry is also a member of the Quality Assessment Advisory Group, the HCBS Advisory Group, and the Self-Determination Workgroupat the Department of Developmental Services 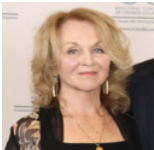