Neal Katz, 24 years old, loves to walk, listen to music, go to the beach, hang out with friends, go to the store and eat chocolate. He works at the Shemesh Organic Farms in Malibu, and at the the Farms grocery store in Santa Monica. Neal sees himself as an ‘emissary ’ for disability. He inspired the award winning expressive/performing arts social skills program, The Miracle Project; his journey was the subject of the book, Now I See the Moon, selected for World Autism Awareness Day by the United Nations in 2011; and he is a star of the HBO Emmy winning film, Autism: The Musical. Neal is a multi modality communicator using sign language, supportive typing, Pro Loquo 2Go (an app on  his iPhone ) and some spoken words to communicate.

He has been a semi-professional model, featured in Kate Winslets book The Golden Hat. Neal has presented his writings at synagogues across Los Angeles; at the United Nations for World Autism Awareness Day in 2013; at the FRED Conference in Los Angeles in 2014; and on on stage with Crosby, Stills and Nash at the “Light Up the Blues” event at the Ace Theater.  Neal inspired the YouTube claymation sensation, “My Name is Neal,” which was shown at the Pantages Theater April 2015.  Last summer Neal received the Daniel Jordan Fiddle Foundation Leadership in Autism Award presented to him at the National Autism Society in Washington, D.C.

Recently, Neal moved into his own apartment with support and loves his independence. Neal is honored to be on the board of Autism Society of Los Angeles. 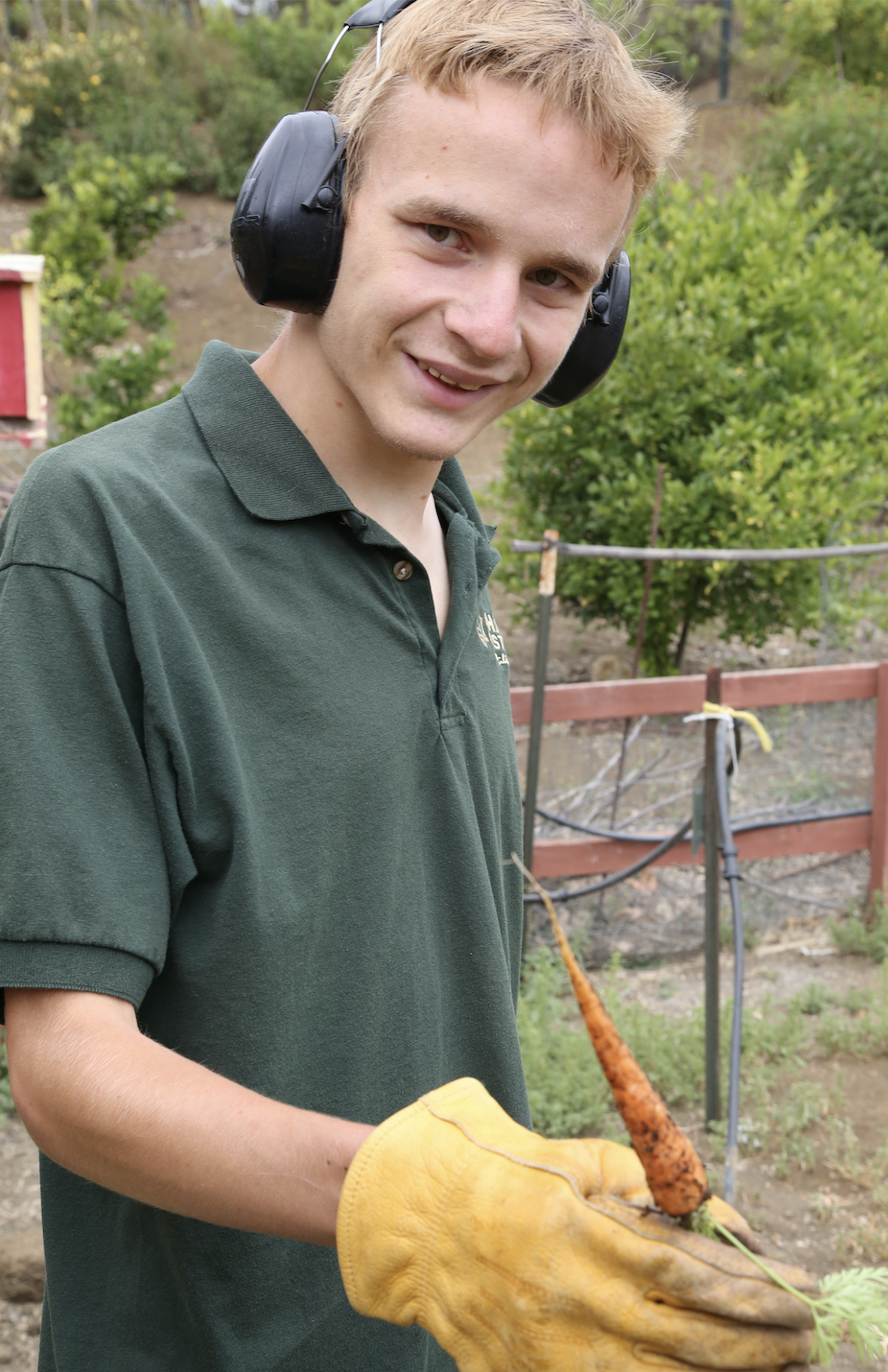