Dr. Harvey Lapin has been a significant leader and strong advocate for individuals with Autism Spectrum Disorders and other disabilities for over 45 years. He is a father of a 47 year old son with the challenge of Autism.He has served as President of the Autism Society of America, California’s State Council for Developmental Disabilities Los Angeles , and Client’s Rights Advocacy for Disability Rights of California. Dr Lapin was a founder and organizer of the first US Autism Telethon from 1977-1984. He was a co-founder and president of Jay Nolan Community Services.He was honored by the White House twice and by the California State Senate for lifetime achievement.

For the past six years he has prioritized self-determination as the most important issue for people with developmental disabilities. He was instrumental in the passage of the self determination law in California. The only state in the country that has such a stand alone law. 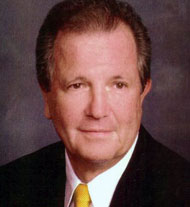